Happy New Year from the entire Sugar Girls Barcelona team! This has been a very intense year for us. First, we have opened our spectacular luxury facilities in the center of Barcelona, ​​after many months looking for the right place for our clients to enjoy their private meetings with our beautiful escorts with the privacy and discretion that the situation requires.

A GOOD YEAR TO SUGARGIRLS

It was not easy, but we got it, thanks to the dedication and passion with which we like to achieve all our goals.

Second, we have managed to consolidate in Madrid, a market that we wanted to change just as we managed to change the one in Barcelona. We wanted to offer beautiful and elegant luxury escorts at competitive prices, so that nobody was left without the opportunity to enjoy the charms of the best professionals in the sector. We are very proud of the level of our girls and the success of our agency, and we wanted to have the same in the capital. The era of luxury escort agencies and their absurd prices is over!

This 2019 will be loaded with news, beautiful girls, sex and a lot of fantasy. Sugar Girls Barcelona wishes you a year full of success in which you can achieve all your goals and continue to have a great time with our escorts. They await you … 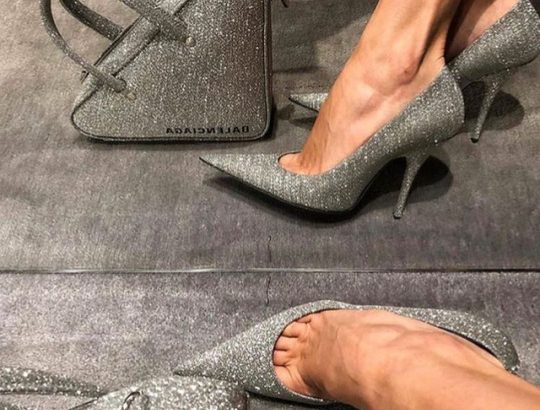 Christmas is coming, a time of generosity, love and lots of gifts for yours. But why don’t you think about your gift, the one you deserve so much? You have been working for many months and you deserve it. Yes, your best Christmas gift is an escort.

Sugar Girls Barcelona is an agency that adapts to the needs of its clientele. We know that, when it comes to forbidden pleasures, not everyone can organize in advance. Sometimes, appointments depend on last-minute gaps, the unexpected freedom that comes when we least expect it … That’s why we have girls available 24 hours a day, 365 days a year.

WHAT HAPPENS WHEN CHRISTMAS ARRIVES?

Many of Our escorts take advantage of the holidays to travel to their countries. Latin American and Caribbean women are used to spending Christmas with little clothes and high temperatures. They miss their families and even the lovers they left behind to have a great time with solvent gentlemen and willing to pay for the pleasure of their companies in Spain. But they all need the warmth of home when these dates approach and return for a few days. Thus, then they return with the batteries charged and looking for an even better heat, that of the men who die for their charms and their erotic abilities.

Spanish escorts andCatalan escorts have more availability. «They meet» with their families on Christmas Eve and the rest of the days are waiting for the phone, waiting for our call. After a few hours pretending to be good girls with their loved ones, they are wishing to take off their mask, take out the nymphomaniacs they have inside and return to their favorite activity: give and receive pleasure from complete strangers.

Others have found in their clients true lovers and friends with whom they have a close relationship. Without love, because it is not a good idea that there is love between an escort and a client, but with a lot of affection, passion and chemistry in bed. Every Christmas, these escorts receive bouquets of flowers, chocolates and perfumes from those loyal customers who are crazy about them and always repeat.

Russian and Eastern European escorts celebrate the Orthodox Christmas that takes place on January 7. For them, the week of December 22 to 30 means nothing special.

How about you? We have no idea what your availability is, but we know that you have more free time to devote to the activity you like most of all your leisure moments. Your escorts are here, they are waiting for you. Make yourself the best Christmas gift of your life and book an unforgettable time with a beautiful, elegant, intelligent and passionate woman. A woman who will treat you like a king and won’t let you go until you have been 100% satisfied.

Those are our Sugar girls. Call us, they are available to you. Also at Christmas.

One of the things that differentiated the escort agencies of Madrid from the agencies of the rest of Spain was the availability of celebrities who were also dedicated to this activity. Is it still the case ? Is it possible to be with a celebrity by paying or it is only an idyle to attract new client ?

We all remember these reports talking about the spanish celebrities that offer their services as escort . Even if the majority were not that famous and since there this topic became very famous . These women were on the covers of the best magazines, attended to the best gala or parties and mostly have been with powerful men. According to the managers of these escort agencies, any man could have these girls , for a while, in exchange for a big number .

There were famous escorts and the public had no trouble deciphering the clues that were given to identify some of them.

The scandal was disastrous for those agencies but especially for these women . The famous ones , available in those famous magazines disappeared from the sector, because the agencies , had violated the first and most important rule : which is the absolute discretion. That happens because they had no previous filter and even without verifying the client in front of them, who was in reality a journalist , that presented himself as an entrepreneur.

Those videos also made clear the scam existing in these agencies, which is about the exorbitant prices. It was also very common that after taking the appointment with these celebrities, coincidentally, were no longer available when the client came. The gentleman, who had already made plans to have a good time with a famous woman , ended up accepting the “change” by a commun escort, beautiful, but that was not what he asked for.

And now ? Is it still possible to have relationships with a famous woman by paying ? The answer is yes, although circumstances have changed. Now, Instagram is the biggest exposure tool and that many women use to get more clients. The celebrities that men want nowadays are the girls with millions of followers on social networks.

We will confess you a secret : many escorts decide to use Instagram to become more famous and raise their notoriety inside their work . And we will confess you another one : some of our girls have they number of followers that increase each day a bit more , with almost more than 100,000 followers.

Discretion is the only thing that matters in this business, therefore, it is important that the agencies respect the identity of the escorts and do not talk about them with any client . And not presenting the celebrities to any man who push the door. Remember that agencies that do not respect the privacy of their escorts will not respect yours either.

Then , it is possible to find famous escorts? It may be expensive at the beginning , but with constancy, you will finish by reach one of them… 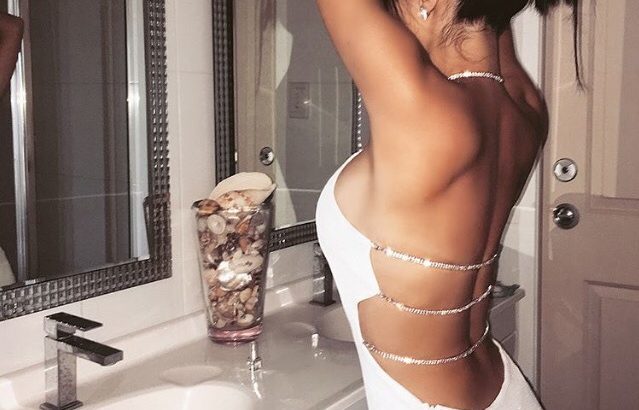 One of the ideas that people have when they think of escorts is that they must be very beautiful. This is not entirely true. Beauty is important because it attracts attention, but in reality, what matters most is the attractiveness of companions.

Men who have never been with a luxury escort think that all girls who do it look like models. They think of a great whore dressed in high heels, 180 and red lips. It’s a cliché that has nothing to do with reality. The world of escorts adapts to the universal norm of the masculine palate: every man loves a type of woman. There are tastes for everything. When it comes to paying for a woman’s business, it’s exactly the same thing.

As an agency of luxury escorts, we can tell you that most customers have a predilection for very young girls. Others feel more comfortable with young escorts, but not so much, and prefer women of twenty-seven or twenty-eight. Then there are those who lose their heads for women over the age of forty, although they are less numerous. There are even real fanatical escorts, with huge breasts, huge insides and thighs.

Why not? With pleasure, there are no limits … We assume that it is the same as in any commercial sector. There will be colors that sell a lot more than others, but that does not mean that stores can do without other less salable tones.

If you are a girl who is thinking about working as an escort in Barcelona and you wonder if you need to be incredibly beautiful to succeed, the answer is: not necessarily. Being beautiful will open many doors, but the most important thing to be an excellent luxury companion is to be attractive. You don’t have to have a perfect body or a model face. Clients will appreciate your personal charm, an impeccable arrangement, your clothes, the perfume you use and your way of presenting yourself to others. You can be clear that there are escorts of impressive beauty that are not very successful because men find them boring, cold and little involved in intimacy.

We can even say that many flee especially from that kind of young lady because her experience with gorgeous escorts is very bad.

Beauty engages, arouses desire and causes excitement, but we like more the inner beauty that radiates thanks to the security in oneself and the personality of our escorts, who are beautiful, it is true, but they have other impressive qualities besides of beauty In Sugar Girls Barcelona we know perfectly what is the profile of each one of our girls thanks to the casting and the personal interview that we do before they start collaborating with us. In our agency there are no loose ends! We know all our beautiful luxury escorts very well.

You’re not a big lover of saunas, road or streap clubs. The appearance of street prostitutes does not convince you , you also value the hygiene and the education of a woman . You want to experiment the charms of an erotical , pleasurable and beautiful escort but your economy dont allow you. What is the solution? SugarGirls was born in Barcelona with the aim of ending the abusive prices of the luxury escort sector. It seemed like a joke to pay 400, 600 and even 1000 euros for an hour with a young lady . But these agencies had created a kind of monopoly that push clients to pay this amount. Because they think that with a lower price the conditions and the girl will be very disappointing. It was very important fight for us to stop this calomnia , then we decide to establish the most competitive rate in the market ,which is 150 euros per hour.

Our escorts are sweet, beautiful, sensual and great lovers. They will treat you like a king , you will be her only preoccupation. With this established rate we avoid problems, we leave things clear and our girls are more satisfied because they have more clients. In addition ,150 euros is a sufficient to create a certain filter with the gentlemen who come to our facilities and know that they are all distinguished men, with little free time, educated and attentive, who want to spend a sensational time of pleasure with a beautiful woman. If you want to be with a luxury escort but you think you can not afford it, thanks to the agency Sugar Girls Madrid, you can make your dream come true. We have the best luxury escorts with the most affordable prices. We will wait for you!