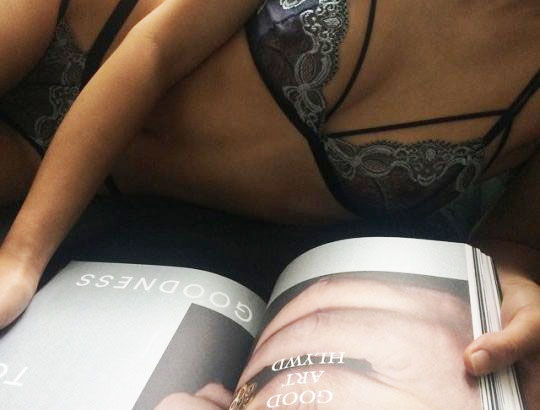 At Sugar Girls we are proud to offer high quality services, at the most competitive price in the market. Our goal was to end the excessive rates that were seen on many pages of escorts and that touched the absurd. The clients of these agencies were quick to express their dissatisfaction in opinion forums. Pay a fee of 500 euros and risk finding a lady who is not up to par? Knowing that it will be impossible to recover the money? For months, Sugar Girls was reading different experiences published in those communities. These experiences helped us to understand how the sector was in Barcelona. And the rates of the escorts.

THE BEST ESCORTS AT THE BEST PRICE

The complaints were understandable. High-level Escorts who came smelling of tobacco, who spent the entire hour looking at the clock, who seemed bored, who were willing to leave, who seemed to be doing the customer a favor and were responsible for making it very clear. But the worst was not that; The worst thing was to search the net a little and see the same lady in another agency, asking for a much lower price. What is the logic that says that something that a Tuesday is available for 500 euros, can be achieved on Saturday in half? Is it that people can be lowered? Why do escort rates vary so much?

THE RATES OF THE LUXURY ESCORTS

At the same time, it seemed that there was not much to choose from. The only girls that were worth it were precisely the ones in that kind of pages. The agencies that offered the lowest rates had such a low level of companions that the experience was even worse for the client looking for an attractive and classy woman. It seemed that there were no real alternatives. Either you paid too much and you ran the big risk of not getting what you wanted, or you paid much less, to get nothing either.

It also gave us the feeling that those excessive prices made the escorts lose track of money. Used to earn large amounts for nothing, or in exchange for less, they became capricious women. Women who spent too much, concerned only with designer clothes and without any clear objective in life, instead of being intelligent and striving to establish a good portfolio of regular customers, while growing professionally and carving a future. From that kind of excessive rates, the image of the escort that has an immense collection of Chanel bags is born, but does not have a home of her own or a career outside her services as a luxury companion. It is in that range of rates where such cases occur most commonly. Many of these escorts have come to our agency who, after years and years receiving the same salary as a senior executive, did not have a single tangible asset, career, business or property. That spiral causes a deep despair in that kind of escorts. An anguish whose consequences pay the gentlemen who hire their services. Yes, the dreaded bad energy.

We have observed that establishing a more accessible rate attracts other types of ladies, as beautiful and distinguished as those advertised by double and even triple. Our girls value money and respect themselves enough not to waste it buying nonsense. They have clear and very realistic goals. They are sure of themselves and know their own value, but at the same time, they are humble. They have a natural and feminine elegance, instead of believing that they have class just because they wear Louboutin heels of 1000 euros. Most set important goals that do not take long to reach. ESCORTS FEES, HOW MUCH?

Escorts that ask for extremely high rates are not always better. Their price is not synonymous with exclusivity, since they work elsewhere for much less money. We believe that it is a kind of hook: just wait and someone will sting. Very few believe that paying so much money for an escort will guarantee an unforgettable experience. Often, it’s just a lady with nothing special, but with a signature dress. Of course, at Sugar Girls we respect personal freedom. We respect the fact that each escort asks for what she wants in exchange for giving others the pleasure of her company. But we are also in favor of honesty.

In Sugar Girls we set out to change the standard rate of high standing agencies. Our goal was that all gentlemen had the possibility to enjoy the services of a luxury companion at a reasonable price. A rate that remained high for many standards, but that was not as unreachable as that of 400 euros per hour. This amount has allowed us to establish ourselves as one of the best escort agencies in Barcelona. Men know that they don’t have to pay excessive amounts to meet a beautiful, young, elegant and classy lady. And they won’t do it again. THE RATES OF THE SUGAR GIRLS BARCELONA ESCORTS

At Sugar Girls we are proud of the type of clientele and escorts we have. After four years of determination, we have managed to unite beautiful high-level escorts with select gentlemen. And without any need to ask for a ridiculous rate or fool anyone. We have had very few disappointments throughout these years. We believe that the decision to offer a competitive price has given a magnificent result. We have changed this sector completely. And seeing how the situation was not so long ago, we’re glad it’s like that.

Spending an unforgettable time full of magic in the company of the escort of your dreams is already possible in Barcelona. Sugar Girls can turn that fantasy, finally, into a reality at your fingertips.