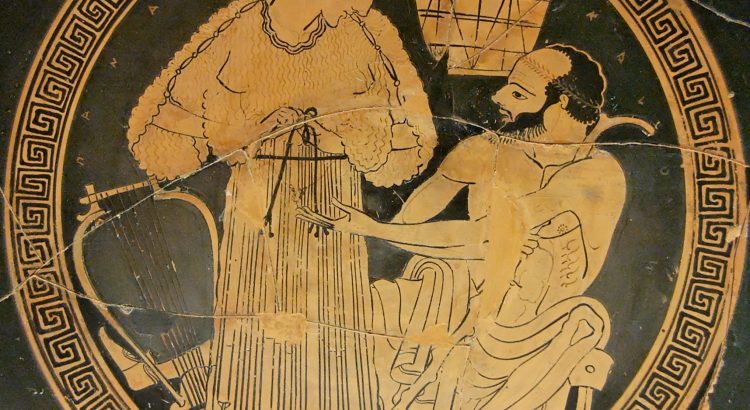 We all know it: that ofwhores, is the oldest trade in the world. Humans find immense pleasure in reproduction, something designed to perpetuate the species. But how was this work practiced in ancient times?

The first reports on the sex trade date from the thirteenth century BC, where there was already talk of the exchange of favors between men and women as a regulated trade with their own laws. Supply and demand were too large and common to leave the matter hidden in a dark corner, as if it did not really exist.

THE FUCKING VIEWS OF A GODDESS

In Babylon they went further and saw prostitution as something divine, associated with female deities. Sex was the direct path to happiness and they saw nothing wrong with a woman selling her body. At the opposite chastity was considered unnecessary and poorly regarded. The Greek historian and traveler Herodotus said: “the most infamous Babylonian custom is that every woman prostitutes herself once in a lifetime with some outsider.”

In ancient Rome, debauchery regarding whores was even greater. In a difficult place where women needed to maintain their chastity at all costs, it seemed that the only two ways to prosper were marriage or prostitution.

The patrons lost their rights as citizens as they plunged into the sex business, something they could not hide because they needed a permit called licentia stupri to exercise. They could not marry free men and could not write or receive inheritance. For the rest, the authorities were willing to look the other way with something that, in most cases, was a voluntary agreement between conscious people. Prostitutes attracted customers from the doors and shop windows of brothels, dressed in suggestive clothes and holding illuminated phallus-shaped lamps.

There was no sexual practice that was not carried out in Ancient Rome. Even some that today were considered paraphilias in our society were practiced happily and without any stigma. Oral sex, although considered disgusting within the decency of the home, was one of the most claimed pleasures in love of payment. There were even prostitutes specialized in fellatio, who came to serve more than fifty men a night. The relationships between the whores and their clients did not always have to be carried out inside the brothels, but were carried out in hot springs, alleys, theaters and even in temples. There were also patrons who were dedicated only to attend to the sexual needs of travelers who were passing through the Empire and who were known as forariae.

For Roman whores, the easiest and most economical way of exercising their trade was in the middle of the street, which exempted them from paying the corresponding mandatory tax. Many taverns also offered sexual services in addition to performing their work serving cheese, meat or wine.

luxury escorts are not something of this era, but also existed in ancient Rome. As now, they were more beautiful, refined women who started from a situation much less desperate than that of the whores they exercised in the street or in the brothels. They became known as delicate and attended to senators, merchants, generals and rich men of all kinds. Their lives were more comfortable and safe and they had it easier to get married.

It was important for the authorities to separate decent women from prostitues; Therefore, the harlots of the Empire had to dress in a certain way. They could not or wear long dresses, they had to always move on foot and were not allowed to mix with the rest of the believers in the temples.

Although there were always stigmas and problems, we can say that prostitution was well seen, as if it were a necessary evil that preserved the decency of homes and that it satisfied a need from which it was impossible to escape.

One of the texts of the time, destined for newcomers and explaining the concept of prostitution in Rome is famous:

“Nothing prevents you from going to the pimp’s house or buying what is for sale … As long as you do not venture into a private territory, do not touch a married woman, a widow, a virgin, or children, love whoever you want!”

In the next post we will continue talking about whores and history.